Distinguished researcher in Cátedra Iberdrola-Usal VIII Centenario. Mining Engineer (2009) from the University of Vigo, where she also received her MSc in Environmental Engineering 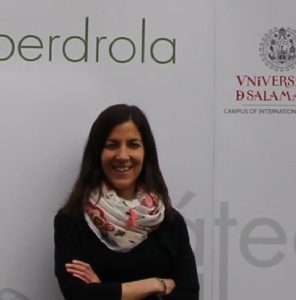 (2010). She obtained her PhD with international mention in 3D thermography in 2014 at the University of Vigo, receiving an Extraordinary PhD Award. She was a visiting researcher at the Polytechnic University of Valencia (2010), the University of California Berkeley (2011) and the ITC-CNR in Italy (2012). She performed a postdoctoral research stay at ETH Zurich (2014), working on the application of thermography for the study of evapotransporation phenomena in porous media. She is currently a postdoctoral researcher in Salamanca University. Author of more than 30 papers and conference contributions, she received the Prize to Young Researchers in New Technologies from the Council of Pontevedra, Spain (2011), and the Prize “Ermanno Grinzato to Researchers Under 30” from the International Conference in Thermography, AITA2013. She is an official thermographer Level 1 for the Infrared Training Centre (Sweden).