News about our work in the supplement Innovadores of El Mundo in Castilla y León. Read complete news.

The team led by Susana Lagüela presents the results of the first year of work of this excellence program aimed at capturing talent in the framework of the commemoration The novel study, funded by Iberdrola, is a firm commitment to clean energy.

The rector of the University of Salamanca, Ricardo Rivero; the director of Innovation, Sustainability and Quality of Iberdrola, Agustín Delgado; the vice-rector for Research and Transference, Susana Pérez; the director of the Iberdrola VIII Centenario Cathedra, Susana Lagüela, and the global coordinator of “Smart Solar” at Iberdrola Clients, Luis Buil, presented on Monday at the Higher Polytechnic School of Avila the results of the first year of work of the Iberdrola-Salamanca VIII Centenary Cathedra.

During this first year, the team led by Lagüela, which also includes Susana del Pozo, José Antonio Martín and María Sánchez Aparicio, has developed a tool based on public geospatial data for the automatic calculation of solar production on roofs. This technology allows the realization of consultations only by identifying the roof under study on a map. The production information is crossed with the demand curve of the construction under study (housing, industrial building, leisure or commercial premises) for the optimized design of a photovoltaic solar installation that is adapted to the needs of the specific user.

A system, named ENER3DMap, is developed for this, which incorporates the three-dimensional representation of spatial information capable of revealing determinant data on renewable energy potential, together with information from customers and sources of consumption. In this way it allows the evaluation of the redesign of the energy network at both the technical, environmental and economic levels.

Integrated between the efforts against climate change, and in the Sustainable Development Goal of the United Nations of “Clean Energy and For All”, with an eye on the year 2030, the system created by Susana Lagüela and her team intends to respond to the growing need to adapt current electric networks to others based mainly on renewable energy sources through the so-called clean energies, as well as favoring the exploitation of energy resources in a distributed manner, facilitating access to energy.

It also incorporates models developed for the prediction of terrestrial energy behavior based on satellite information and complementary measurements. This makes it easier for the different scenarios to be kept up-to-date and forecasts adjusted quickly to variations in the regulatory and political spheres or to changes in socioeconomic circumstances, as well as bringing energy supply and demand closer to levels of efficiency never explored in such detail until the date.

The Iberdrola VIII Centenary Cathedras are included in the Program of Excellence of the University, one of the strategic objectives of the commemoration. This pilot experience in the Spanish university is committed to a system of public-private collaboration to create units for research, teaching and, where appropriate, transfer, aimed at incorporating prestigious researchers into the academic institution.

In this line, the Cathedra, focused on the analysis and viability of technologies and business models for a decarbonised and electrified energy world, constitutes a research, teaching and transfer unit conceived as a pole of attraction. In addition, it allows the University of Salamanca to fulfill its purpose of acting as a test bed for new formulas that allow better capturing talent.

The team led by Susana Lagüela works for an initial period of two years, renewable for a maximum of two others if the evaluation of their work is favorable. At that time, a commission is responsible for assessing the reports of the main researcher, the publications, their quality, the projects and contracts obtained, their nature and economic volume and, where appropriate, the patents developed. 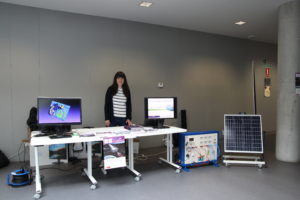 The engineering offer at the campus of Ávila is currently:

The new B.S. degree in Geocomputing and Geomatics is unique in Castile and Leon and the second at national level. It will start next academic year (2018-2019). For more information see http://politecnicavila.usal.es/Estudios/Grados/Grado-en-Ingenieria-en-Geoinformacion-y-Geomatica/Conoce-el-grado-ing-geoinformacion-y-geomatica

Regarding the most relevant results and projects showed during the event, highlighted those developed within the framework of the Cátedra Iberdrola VIII Centenario. This project, managed by the distinguished researcher Susana Lagüela López, aims to develop different alternatives for a decarbonized and electrified energy horizon. First advances consisting in the calculation of solar potential of the roofs of residential buildings were showed during the Engineering Fair. In addition, the operation of photovoltaic cells and panels were shown thanks to an available solar trainer.

Between May 3rd and 27th, the University of Salamanca held the IV edition of the “Scientific Spring” promoted by the 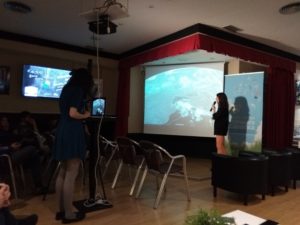 Scientific Culture and Innovation unit. This event aims to share the knowledge generated by the university community at all levels: students, teachers, researchers, administration and services staff.

Among its activities, Pechakucha Night stands as the most popular and expected event. This exhibition consist of a series of short presentations (20 slides, 20 seconds per slide) about scientific topics of interest. The event has fulfilled its XVI edition and was held on May 24th at the Manolita coffee bar, in Salamanca. The motto in this case was increasing STEM (Science, Technology, Engineering and Mathematics) visibility in order to give greater impulse to projects and experiences related with these areas of knowledge in the University of Salamanca.
Susana Lagüela López, distinguished researcher and head of the Cátedra Iberdrola VIII Centenario, was one of the guests at the XVI Pechakucha Night. Her presentation showed the main consequences of the climate change and the importance of using renewable energies to slow it down. Currently, the Cátedra Iberdrola team is working on the development of software for calculating the rooftop solar energy potential in residential buildings from high resolution satellite images and available national Lidar data. These advances were also shown during the exhibition.

The distinguished researcher, Susana Lagüela López, at the presentation of the Iberdrola-Salamanca University Eighth Centerary Cathedra on October 20, 2017, in the Assembly Hall of the Higher Polytechnic School of Avila. Susana will be the principal researcher and the director of this Cathedra. Accompanying Susana in the presentation are the rector of the University of Salamanca Daniel Hernández, the director of Innovation and Sustainability of Iberdrola Agustín Delgado, the vice-rector for the Commemoration of the VIII Centenary Mariano Esteban, the vice-rector for Innovation and Transfer Juan Manuel Corchado, and the professor of Cartographic, Geodetic and Photogrammetric Engineering of the Higher Polytechnic School of Ávila Diego González Aguilera. 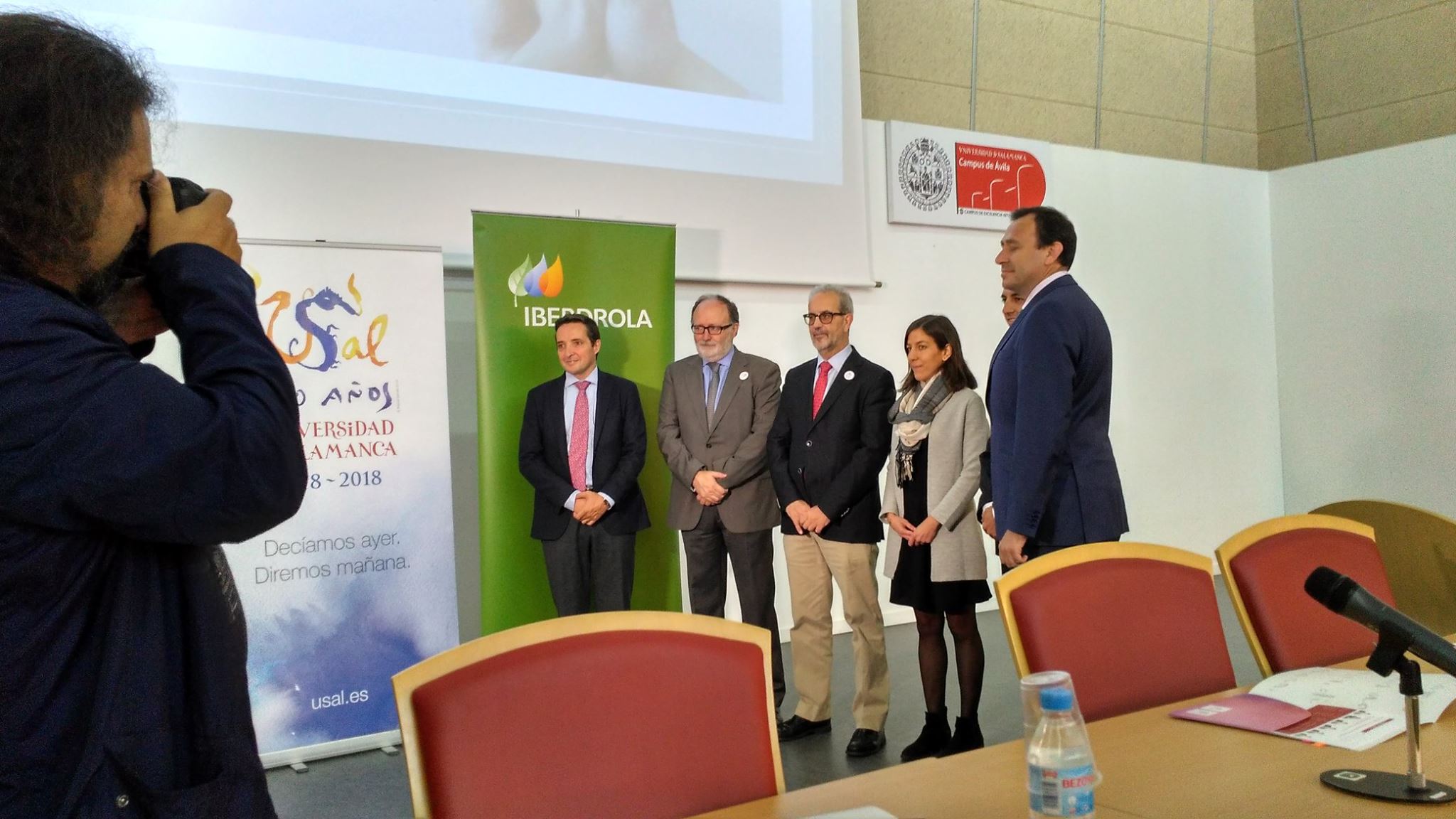